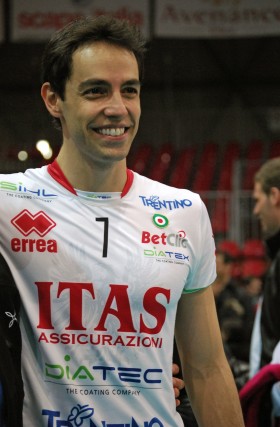 Raphael Vieira de Oliveira (Itas Diatec Trentino): “Important victory for us. We were able to put them in trouble from the first point mainly because Vibo was tired after the victory in the quarter finals against. Our first objective was to reach the Final”

Matey Kaziyski (Itas Diatec Trentino): “We wathced Vibo games to study the rival. We checked very well their main strengths – Klapwjik and Urnaut. We were stopped them well and then followed the other fundamental level of our game.“

Osmany Juantorena (Itas Diatec Trentino): “We stopped their two main players, the opposite Urnaut. It was not easy but we wanted to reach our fourth consecutive final.“