Gherardi SVI Città Di Castello: In spite of being without Visentin to face the cup quarter-final, but pushed by its superb fans, Città di Castello gave it a good fight for over two hours but in the end had to surrender against Perugia in the tie-break. 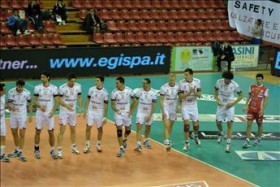 Italy: What a cup tie