The Italian men’s volleyball powerhouse Sir Safety Conad Perugia filled the position of opposite hitter in the roster for the next season. 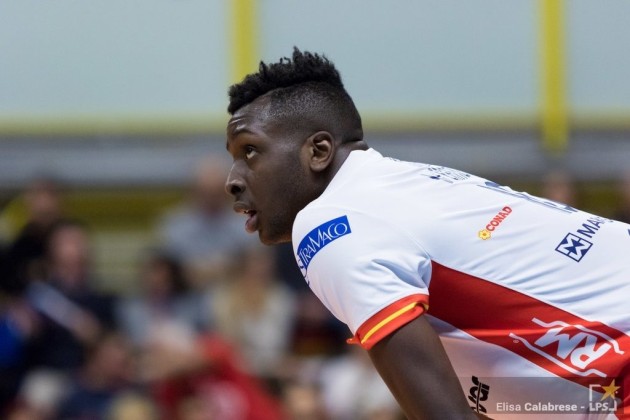 The 21-year-old Sharone Vernon-Evans completed the opposite hitter’s department in Perugia. The Canada National Team member came from Consar Ravenna and will fight for the place in the lineup with Serbian Aleksandar Atanasijević.

Despite his young age, Vernon-Evans already gained important international experiences such as playing two years in the strong Polish Championship, wearing the jersey of VERVA Warszawa ORLEN Paliwa, and past season in Perugia’s league rivals Ravenna. While still a teenager, Vernon-Evans won the bronze medal in the 2017 FIVB Volleyball Nations League with Canada Men.

A bit prior to signing Vernon-Evans, Perugia did the same with the setter Dragan Travica while they hired Argentinean middle blocker Sebastián Solé from Calzedonia Verona, a couple of days ago.

Not quite sure what was going through Sharon’s head when he signed this contract. Atanasijevic has reserved spot in starting lineup, even Zatysev had to leave Perugia because of that. Why Sharone’s decided to trade starting spot in Ravenna with bench spot in Perugia is unknown