ITA M: Trentino takes it all against Latina

The second Saturday game saw the come-back to victory of Trento at home against Latina. Thanks to this win, the world champion go momentarily top of the table as Macerata will play in Perugia on Sunday. Read latest volleyball news on Worldofvolley.com. 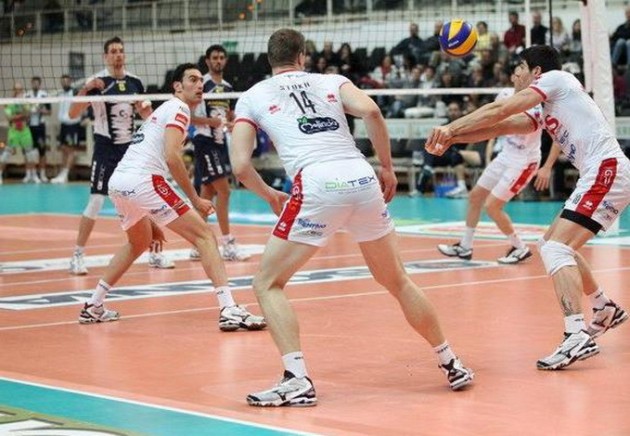 Stoytchev’s team played to near-perfection and could leave all the negative thoughts accumulated in recent days behind. Djuric was MVP of the match.

Raphael Vieira De Oliveira (Itas Diatec Trentino): “Nice win and an important one, the best way to react after our defeat against Cuneo and get our confidence back ahead of the final rush of the regular season. I think that today not only did we find our game but also our will to enjoy our volleyball. I am extremely happy, now we’ll prepare ourselves for the game against Macerata”.

Silvano Prandi (coach Andreoli Latina): “Next Wednesday’s crucial Cev Cup game might have influenced our performance. We based our preparation on the game we’ll play in Turkey. We found it hard in every area of the game, we played an under-par encounter, we let Trento play too much and they took full advantage”.