Schweriner SC scored another win in the Bundesliga. This time they defeated SC Potsdam 3:1. Teun Buijs started Janine Volker instead of Lisa Thomsen on the libero position. The best players of the game were Denise Hanke and Elisa Muri. 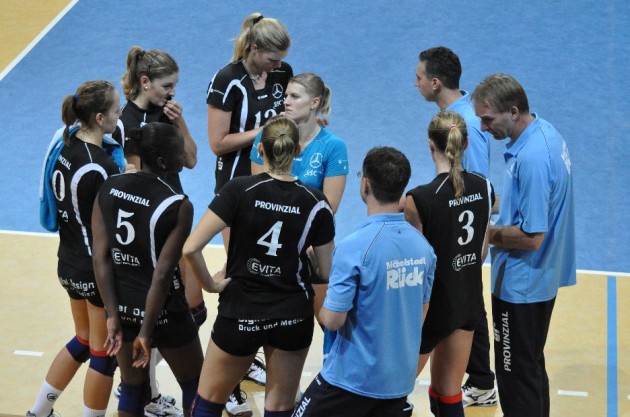 Teun Buijs started Janine Volker instead of Lisa Thomsen on the libero position.

The first set started slow for Schweriner SC, SC Potsdam was leading on both technical time-outs (5:8, 11:16). They managed to maintain the lead an win the set 20:25.

SC Potsdam played on pari with the champion until the second tehnical time-out, then Schweriner stepped up to win this set with the same result as the second 25:17.

The fourth set was played point for point. SC Potsdam had a chance to win this part of the game as they were leading 20:23. The host then managed to catch up 25:25. After that Potsdam didn’t have the strenght to win, and the champions closed the match 28:26.

The best players of the game were Denise Hanke and Elisa Muri.

ITA M: Trentino takes it all against Latina