Casa Modena: It will be Esko’s first time in Roma’s Pala Lottomatica for the Italian Cup final four and many of his family are coming from Finland to support him as they face Macerata in the semi-finals. 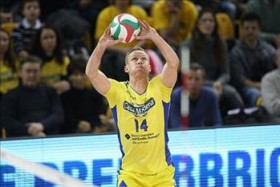 “This is so far the most important game of the season – said Esko – We earned this opportunity, first by doing well in the league and then in the quarter-finals. But we know who will stand in front, one of the strongest teams of the league, one against which if you want to win you just can’t make any mistake. We realised that when we met in the league, we played very well in the first part then we had ups and downs and were punished”.

ITA M: Starovic travels in his past

Italy: Against Molfetta live on TV