The Federations of both countries have submitted a candidature to organize and host the Men’s Volleyball European Championship 2015. 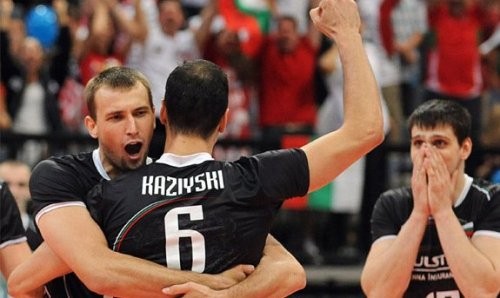 The news was announced yesterday by the President of the Bulgarian Federation, Dancho Lazarov, at the airport in Sofia, returning from his visit in Italy. The finals would be played in Armeec Arena in Sofia: “During my visit in Italy I had a meeting with the President of Fipav, Carlo Magri, and we have agreed on the candidacy to host the Men’s Volleyball European Championship” – said Lazarov.

Initially the Bulgarian project was for an offer combined with Turkey either for the Men’s and the Women’s Championship, but it seems that the women’s tournament will take place in Russia. The main opponent for the Bulgarian-Italian offer is the project of Finland and Estonia.

The finalization of the documentation between both federations will take place next week in Bulgaria.

CEV: Coaches Commission works on plenty of ideas for the good of Volleyball

INTERVIEW: Milagros Collar for WoV – “After...

This girl is on fire (VIDEO)