PAST ENCOUNTERS: 10 (8-2 Roma). Read what Troy and Bjelica said about this match 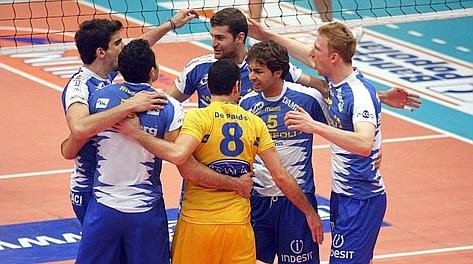 Murphy Troy (Andreoli Latina): “I think this will be a good game. We’re both coming off defeats and we’ll be eager to win this one. When we first met, we won the first two sets before losing it at the tie-break. In these last seven games, everyone will give their best, everyone will play to win. Difficult to predict Sunday’s game.”

Novica Bjelica (M. Roma Volley): “I think this will be a very tight game, just like in the first leg when we won 3-2 on a superb come-back. The two teams are very close in the league so it should be tight. We had two weeks to work and correct what had not worked in the last game against San Giustino. I would have liked to play immediately after that loss, but the cup break made it impossible. At least we had time to prepare the game well, but Latina too. Latina is a club I really like because they were the one to give me my first chance”.