For a second consecutive year in a row, the men’s team of Andreoli LATINA has reached a European Cup final and once again it is facing a Turkish powerhouse. After losing to Halkbank ANKARA the final battle for the 2013 CEV Volleyball Cup, the Italian squad is eager to make amends against Fenerbahçe Grundig ISTANBUL in the 2014 CEV Volleyball Challenge Cup - Мen with the two legs scheduled for Wednesday and Saturday of this week in Latina and Istanbul, respectively. 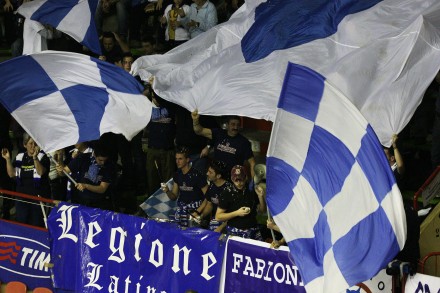 “They are a very good team with three extraordinary players – Ivan Miljkovic, Leonel Marshall and Luis Felipe Marques Fonteles, who are the backbone of the squad,” Dario Simoni, head coach of Andreoli, comments.  “They are excellent high ball spikers with a good jump serve. In such matches it is important that players generally give their best.  It will be a difficult encounter, but we do not feel like the underdogs.  It is crucial to win the three points from this first match before the away game in Turkey.”

“This is a game that we have been waiting for a long time and we have prepared for in the best way,” Andreoli player Pasquale Sottile adds.  “We are facing a tough opponent, but we have to try to play our game and be aggressive from start to finish.  They have three key players, with a lot of experience who do not make many mistakes in matches like this, but we must think of ourselves as stronger than them. Hopefully there will be many spectators on the stands to support us and to help us.”

Interestingly, both finalists did not qualify directly to this season’s CEV Volleyball Challenge Cup.  While Fenerbahce had to win the BVA Cup to earn its place in the competition, Andreoli received this opportunity after some other Italian clubs decided not to take advantage of it.