After four renewals, this is the first new home purchase in Sir Safety Perugia. The company's president Sirci, after the conquest of promotion to Serie A1, was put to work for the composition of the rose to be made available to coach Kovac and his staff. 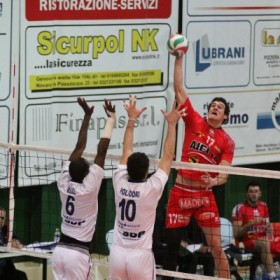 With Captain Vujevic, Tomassetti, Daldello and Tamburo who have already signed the contract for next season, many negotiations in place.

And today the first new official purchase. They arrive at the Pala Evangelisti opposite the 212 cm
Australian Thomas Edgar.

The twenty-two giant native of Sydney last year was a successful dress shirt Corigliano in series A2 which ended the season with 392 points on the scoresheet.

The impressions of sporting director Bino Rizzuto: “Thomas is still a boy of barely twenty-two great opportunities and enormous potential, the company has focused on which and on which Kovac believes much for a growth process. This year, Corigliano, in his first season in Italy, has performed well, particularly in the first part of the regular season, and has the physical and technical characteristics of considerable significance. buying Edgar, together with the confirmation drum, close the circle of our roster in the opposite role and allows us to have different technical and tactical solutions in the area to be given two choices of Kovac. Especially Edgar then falls with a view to building the team certainly projected at present, that is the next championship where we want to do well, but in particular with an eye to the future.“