It is really a shame that one of two Supercup finalist had to lose. 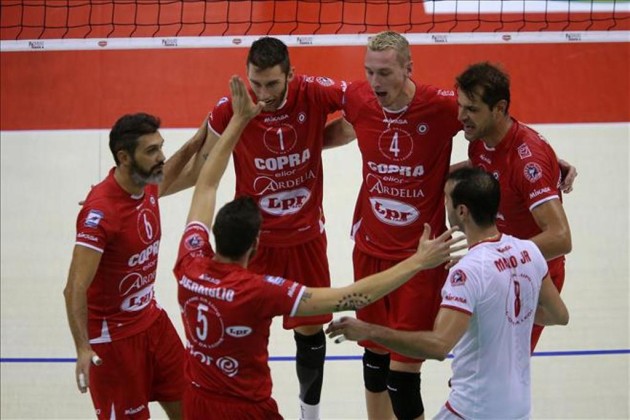 Lube and Piacenza have presented tremendous volleyball, played five thrilling sets and showed that we are in front of a beautiful season in Italy. At the end, Lube won the trophy, while Piacenza went home empty handed…

“We did not enter the game well, but were raising level of play gradually. This team showed character and managed play five sets against the strongest team in Italy. Tie-break is a lottery” said Samuele Papi, player of Piacenza.

His teammate Hristo Zlatanov stated that he is satisfied despite the loss.

“We lost the first game of the season, but there are some positive aspects. We have almost a completely new team, while Lube had only few changes. We can improve a lot, and certainly play a serious role in all competitions.”

FRA M: Paes – “It could have gone either way”