ITA M: Russian Antonov got the right to play for Italian NT

Oleg Antonov has become an Italian. The 27-year-old Russian-born receiver, now wearing the jersey of the French Tours Volley-Ball, has sworn and signed the papers in front of the mayor of a comune Silea, in the Province of Treviso, where he resides with his wife Laura and daughter. 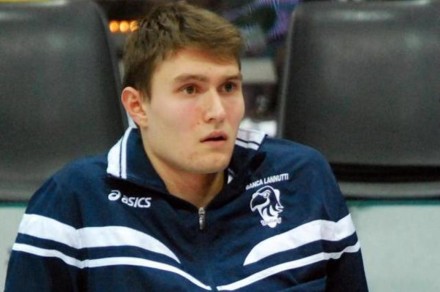 Born in Moscow on July 28, 1988, Oleg Antonov (his father Yaroslav was also a player and then coach) started to play volleyball in Treviso where he played in the youth until 2002 to 2008 and debuting in Serie A1 in September 2006.

After Treviso, Antonov has dressed the jerseys of Mantova, Genova and returned to Treviso in 2011/2012 season.

In the last two seasons he played in Cuneo and then moved, in the summer 2014, in Tours with which he has just won the French Cup with 19 points scored in the finals.

With receiveing the Italian citizenship, Antonov gained the right to play for the national team of that country.

Teammates about MVP: Salparov – “Leon is like Ronaldo and Messi”; Anderson – “He’s the best”