Today, on October 24, Italian volleyball will have the winners of the first trophy this season - Super Cup. Both teams, Diatec Trentino and Modena Volley have only had a couple of workouts with the full squad to prepare for the game. 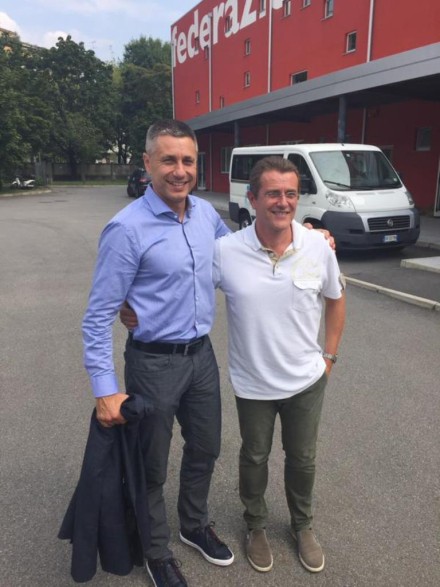 „Unfortunately, this is a lack of respect towards the players and their health. All those who finished playing (with their national teams) less than a week ago now have begin the season in Europe. Do you know the latest proposal at the international level? To play in the finals of the national championships without the players engaged with the national teams. What a nonsense. In Sofia (at Eurovolley) I told Magri (the President of Italian VF) to become a promoter of the needs of the clubs at the international level. It is time that those who know the life of the athletes and their needs to draw up volleyball calendars,“ Diatiec Trentino coach Radostin Stoytchev said before the game.

„It’s great to start the season with such an important game and I see a lot of enthusiasm in my players. We will play in front of our fans and I think this is a competition where the motivation won’t lack. Certainly, we will do our best to win this first trophy of the season, because starting on the right foot would be the best way to approach a year that will be tough and fascinating,“ Angelo Lorenzetti, the coach of Modena, said.