Italy wins for the third time in the history of the 8 Nations Tournament. 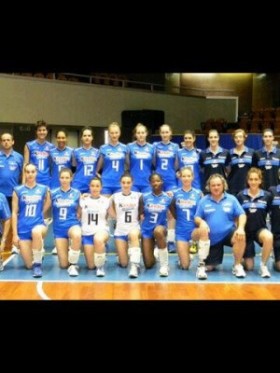 In the battle for the third place, France won against Switzerland 3-2 thanks to the good performance of the opposite Fidon, who scored 24 points, and amazing defense of libero Camberabero.

Germany was an opponent the Italians feared the most and they justified that reputation. The fierce Kuhn was effectively stopped (ending with a 19% attack). Malinov led the blue team with great skills. This was a great success for the organizers of the Volleyball School Chions Fiume Veneto who have received praise from all the participating delegations.

KOR W: The twelve Koreans ready to leave for London