Polish Asseco Resovia Rzeszów have another rival in the fight to organize the Champions League Final Four. 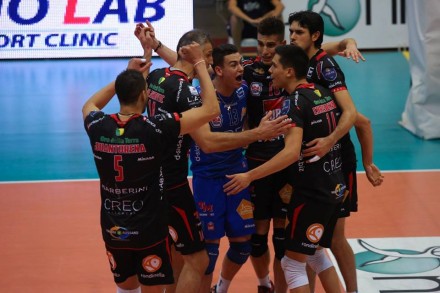 The CEV Champions League pool stage ends on January 26, a day later, the CEV will announce the hosts of the final tournament (April 16-17). Among the candidates are Resovia, Zenit Kazan and – Cucine Lube Banca Marche Civitanova.

For several years, the Italian team has been seeking to host the Final Four. Apparently, Lube’s Sporting Director, the coach Gianlorenzo Blengini and Administrative Director of Serie A1 held negotiations with the authorities of the CEV in Berlin, at the Olympic Qualifying Tournament.

Lube have an idea to host F4 in “Adriatic Arena” in Pesaro (117 km from Civitanova – 13,000 spectators) since their gymnasium “Eurosole Forum” accommodates 4,000 spectators which is not enough for this kind of event (11,000 at least is necessary).

On the other hand, Resovia wants to organize the Final Four in “Tauron Arena” in Kraków which can accommodate 15,000 fans.

In this case, the key factor in the fight for F4 will be amount of money that some club is ready to invest. When several clubs apply to organize event, the price increases for the organization.

ITA M: Salvatore Rossini – “This should...