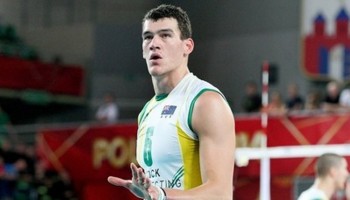 There were some talks that Thomas Edgar was a target of Verona, however the club denied those rumors and clearly stated that they are not looking for another opposite. Still, that was not the end of the story about Thomas Edgar and Italy…

According to sportpiacenza.it, a web portal that is always well informed about the situation in the local volleyball club, the Reds are in advanced talks with Australian bomber! Piacenza desperately need one world-class player, as they are currently just one place above from the bottom of the table, and Thomas Edgar might be a solution for their problems.

Edgar has already played in Italy by wearing shirts of Corigliano and Perugia in the past, while he is currently a free player as he finished a season in China.

KOR M: Yes, Alexander, Grozer can do that… (VIDEO)

ITA M: Trentino takes it all against...