After a pretty complicated lead-up to the Olympics, Bulgaria have turned into the major surprise of the event right from the prelims, finishing first in Pool A and then making it to the semis by easily disposing of Germany in the 1/4 finals. 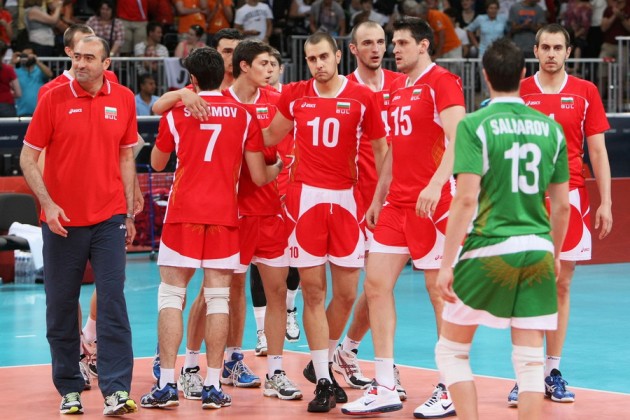 The last time Bulgaria medalled at the Olympics dates back to 1980 in Moscow as the group comprising some real volleyball legends like Dimitar Zlatanov finished runner-up there losing the final match to the Soviet Union. By that time, Vyacheslav Zaytsev was the setter of the Soviet side and his son Ivan will be also part of this classification match, but wearing the jersey of the Italian national team. Italy have been a major force on the international arena since the late ‘80s but never won Olympic gold. They missed out on the opportunity to fight for that much wanted crown as they were literally routed by Brazil in the semis but still the group captained by Cristian Savani – whose jump serve has been the fastest among all at Earls Court – will try to claim this consolation final whereby they may expand a collection that already includes one silver and two bronze medals. Similarly to the sides starring in the final match, Bulgaria and Italy also crossed their ways in the prelims at Earls Court with Tsvetan Sokolov – the second best scorer here in London – that paced his side to a rather surprising 3-0 win.

OG W: Once more… it is Brazil to celebrate Olympic gold!