ITA W: Kelsey Robinson to play the 2nd part of the season in Italy?

According to the latest rumors Kelsey Robinson may soon return to Italy! 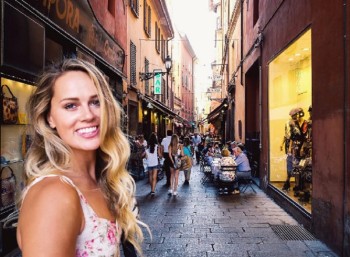 The American player spent the previous season in Conegliano, while during the summer she decided to accept the offer from Beijing, so she started the 2016/17 campaign in China. However, she may soon return to the Italian Championship…

According to volleyball.it, Kelsey Robinson may join Liu Jo Nordmeccanica Modena for the 2nd part of the season! She will probably make the Playoffs in China with Beijing, which means that she will be able to return to Italy at the end of January.

Also, this source writes that Liu Jo Nordmeccanica Modena have high chances to sign Robinson, because of the fact that her boyfriend Brian Cook plays volleyball in the same city for Azimut Modena.

ITA M: Russell gets back in the...