Rebecchi Nordmeccanica and Lokomotiv Baku put their teams to a test. Mazzanti is sattisfied with his team's performance. You can read all relevant news from volleyball world on Worldofvolley.com. 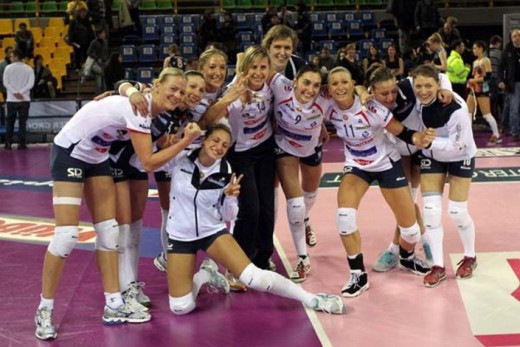 Mazzanti has rested Ferretti and given space to Radenkovic. The starting six were Turlea, Bosetti, Meijners, Sansonna, Nicolini, and Leggeri.

The first three sets were won at early stages and all were won by Piacenza with scores of 25-20, 25-17 and 25-20. The fourth seemed to start in favor of Lokomotiv leading 23 to 16, but Rebecchi Nordmeccanica began a good comeback that brought the score to level (23-23) and then gave Piacenza the fourth set with the score of 27-25.

Rebecchi Nordmeccanica’s coach, Mazzanti was satisfied: “I’m very happy with my team’s performance, we have played a good game, especially in defense and block. We need to work a little more on the quality of first touch to avoid, the attack fails“.

POL W: Sparta goes to the third round with optimism and hope