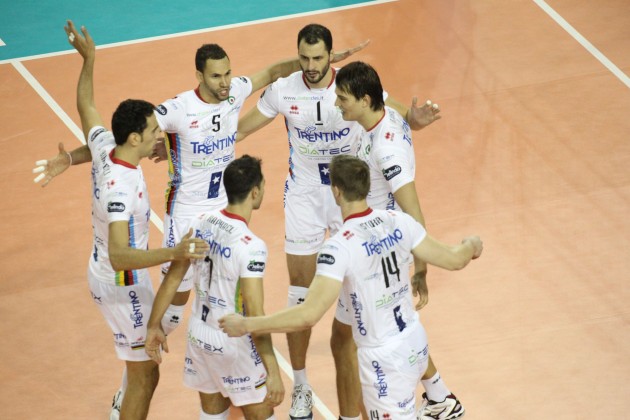 The four-time world champions are back in Trento after playing five FIVB matches in Qatar and ready to start another international competition, which is one of the main goals of the 2012/2013 season. All players are available for head coach Radostin Stoytchev and he will probably line up the usual starting six with setter Raphael, opposite Stokr, the two spikers Osmany Juantorena and Matey Kazyiski, middle blockers Emanuele Birarelli and Mitar Djuric plus libero Andrea Bari.

“After the victory in Doha we really want to win in Europe as well and try to get back that trophy that we won three times in a row and lost last year in Lodz” states Radostin Stoytchev.

“We are going to face Crvena Zvezda from Beograd, which boasts a solid and excellent Volleyball school, the Serbian one. They certainly have the opportunity to risk everything without any pressure. We need to find the right concentration and focus on the match. It has been great to celebrate the World Championship, but it is time to go back to reality. This year will be even tougher, because only the first ranked in the Pool will surely make it to the Playoffs 12”.