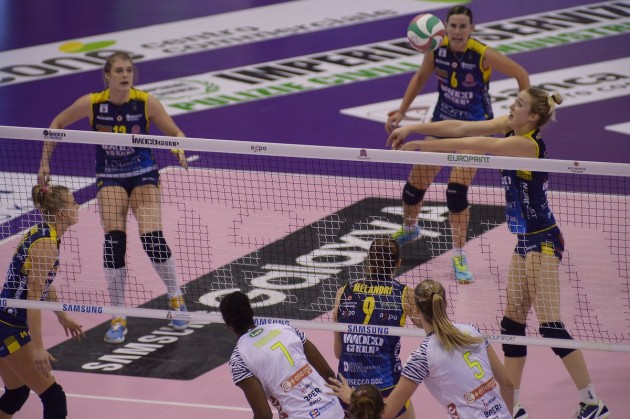 Modena and Imoco got used their fans to tiebreakers. Last season, including the national championship, national Cup, and CEV Champions League, they played five sets in 6 out of 7 mutual encounters. So, they opened the series of this season’s matchups with another tie-break that went to Modena, partially 25-21, 25-21, 15-25, 9-25, 15-12. By losing today, Imoco suffered their first defeat in the 2017/18 regular season.

The Colombian Madelaynne Montaño scored 20 points for Modena while American Kimberly Hill made 25 for Imoco.

BRA W: Sesc still unbeaten, not letting Praia to isolate themselves at the top of standings

POL M: Trefl and Cuprum played the most spectacular set this season – 78 points!