Who would guess that only two years after winning the CEV Women’s Volleyball Champions League, Pomì Casalmaggiore will be in such a poor situations in terms of competing in the home league? 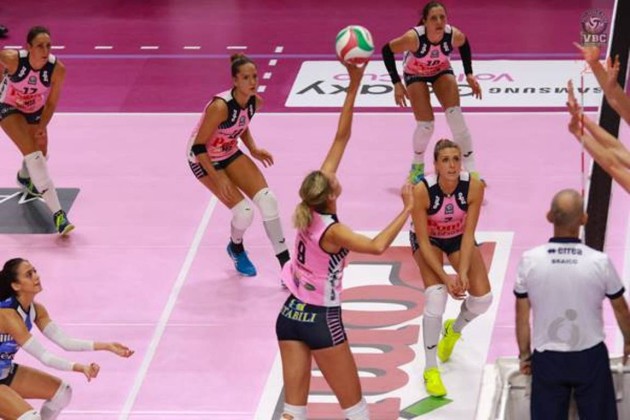 Casalmaggiore are having a rather disappointing Serie A1 campaign this season with a 2-9 record after losing to Liu Jo Nordmeccanica Modena by a 3-1 last week. This game seemed as a turning point for the club President Massimo Boselli Botturi, who made some drastic measures in order to shake up his players a bit.

„I apologize to the fans and the sponsors for yet another unseemly show that this team has offered. The results of this first part of the season are clear and reveal an attitude that does not reflect the history of the club, the significant investments of members and sponsors, the passion and the warmth of our fans. Today we have witnessed the worst match of this first part of the season, unfortunately, full of weak performances without determination and without character. I think it’s time to make drastic decisions starting from the one after communicating to the captain to suspend the salaries until the performances on the court become in accordance with an economic commitment sustained to set up this team. The coaching staff and all the players will meet the management for one-to-one talks,“ Casalmaggiore President stated for the club website.

BRA W: Can they repeat this in 2018? Praia close the year UNDEFEATED