The Korean Volleyball Federation (KOVO) revealed the names of the male players who signed up for the tryout for competing in the 2018/19 V-League. 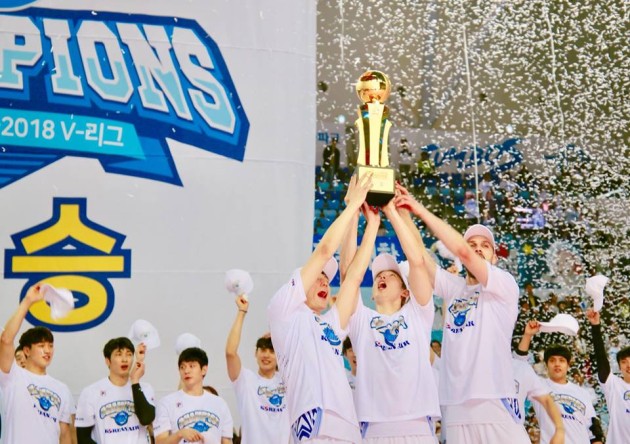 Each year, KOVO organizes tryout for foreign players after which comes the draft. This year, the tryout will be held abroad, namely, in the city of Monza, Italy, on May 8 and May 10.

The KOVO received applications from 92 players before accepting applications for 37, who will have the chance to show their skills on the training in Monza. Among these 37 players, there are seven who played last season’s V-League. 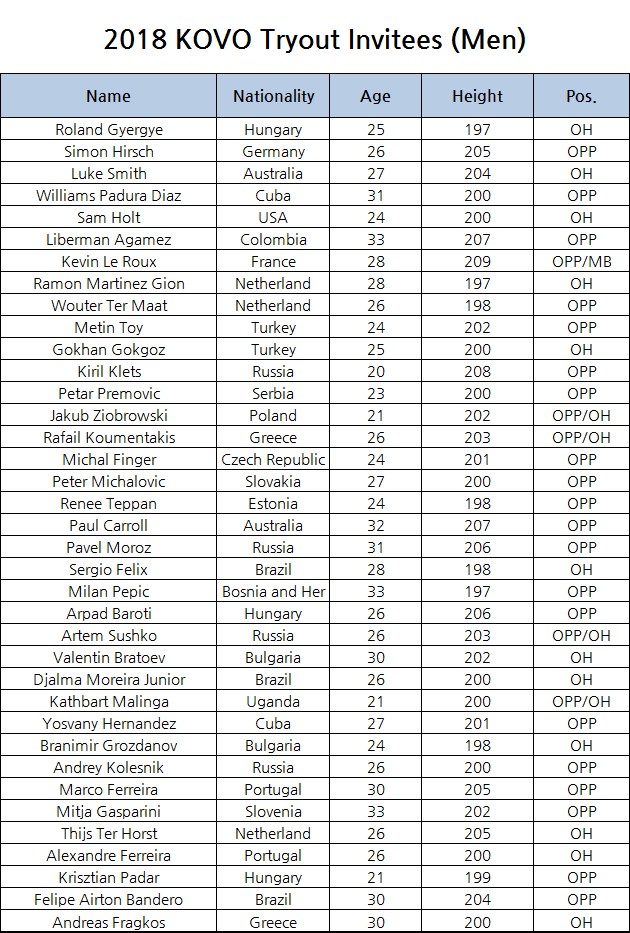 Since the 2018/19 V-League lineup will again consist of seven teams. That is exactly how many foreigners will play after the draft – one per team.