The Korean Volleyball Federation revealed the names of female foreign players who signed up for the tryout 2018/2019. 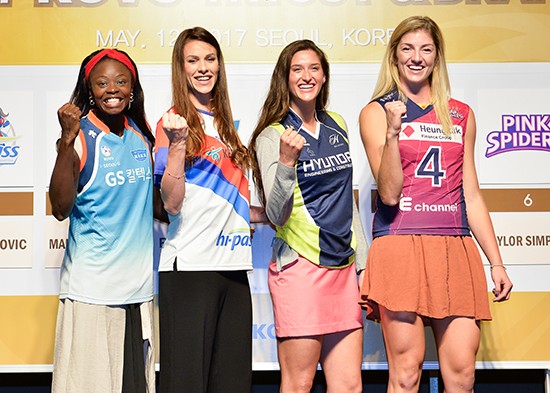 Each year, KOVO organize tryout for foreign players after which comes the draft. This year, the tryout will be held in the Italian city of Monza, from May 3 to May 5.

KOVO received applications from 67 women from March 5 to April 2, and after all checks, the list of invited players has been confirmed. Among 34 players, there are also 4 players who participated in the V-League in last season.

The women will arrive in Monza on Wednesday, May 2 and will check their skills from Thursday, May 3 to Saturday, May 5. After a tryout, 6 female players will be drafted by Korean clubs. Since the 2018/2019 V-League lineup will again consist of six teams – one per team.

The drafted players for 2018/2019 season will be paid same as in the previous season 150,000 USD basic salary, plus prizes for individual victories, accommodation, guaranteed airline tickets and championship bonus. 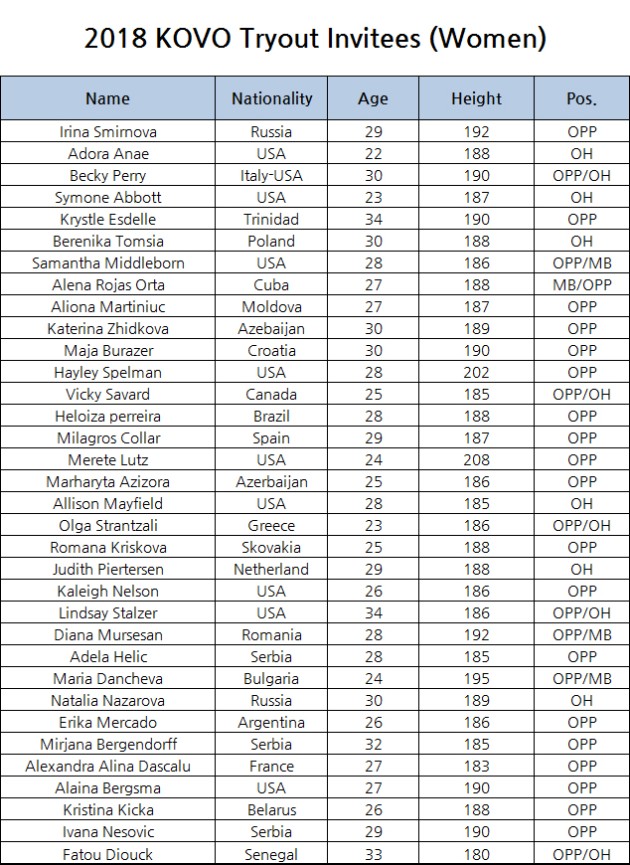 Really? Who are those players? They are all old but i havent heard their names…