The Dominican Republic Volleyball Federation announced a four-year contract extension with Brazilian Marcos Kwiek to continue as the coach of the women’s national team for the next Olympic cycle. He was Brazil's women's team assistant coach. 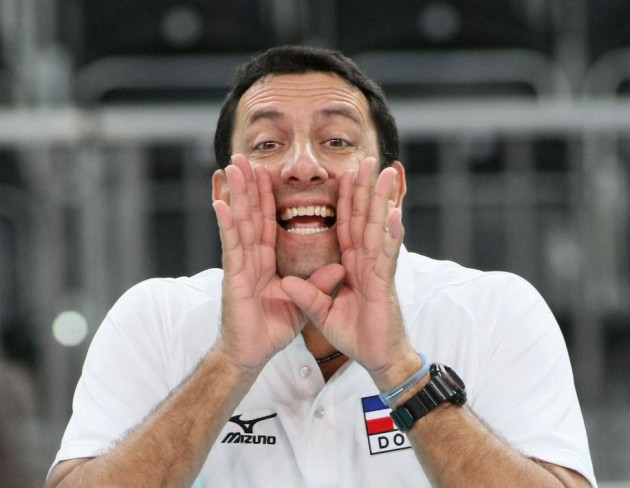 Kwiek first was hired in 2008 and since then he has guided the Dominican female team to several continental titles and also to a respectable eighth position in the current FIVB world rankings.

“We are very pleased to announce that we have reached an agreement with Marcos Kwiek for him to continue as coach of our national team for the next four years,” said Cristobal Marte Hoffiz, president of the Female Volleyball Program of the Dominican Republic National Federation.

“Marcos, with his staff of Brazilian and Dominican assistants, has done an outstanding job with our girls and we are confident of his capability to lead our senior team to higher stages,” Marte Hoffiz added.

Soon after Kwiek took charge, the Dominican Republic won for the first time the gold medal at the 2009 NORCECA Continental Championship and went on to claim the bronze medal at the World Grand Champions Cup for the best ever finish of the country in FIVB competitions.

In 2010, he led his team to the gold medal at the 2010 Central American and Caribbean Games and also took the title at both the Women’s Pan American Cup and the Final Four Cup.

The following year, the Dominicans won silver medals at both the Continental Championship and the Pan American Cup and in 2012 they won the gold medal at the NORCECA Olympic Qualification Tournament to book their ticket to the London Games.

“I feel very fortunate about having the chance to coach the Dominican Republic team during the past four years,” Kwiek said. “The cooperation from the office has been great and the warm of the Dominican people is fantastic. It has been like being at home for me and my fellow Brazilians.”

On his goals for the next Olympic cycle, Kwiek said the main one is to compete at the Rio de Janeiro Games in 2016 and also to continue climbing the ladder of the world rankings.

“We have a very talented group of senior players and many more in the junior ranks so I see a bright future and feel optimistic about attaining our objectives,” Kwiek stated. “I am elated about continuing working here and want to express my gratitude for the vote of confidence and support.”

Before taking the reins of the Dominican Republic, Kwiek was an assistant coach for the Brazil’s women’s team under the leadership of Jose Roberto Guimaraes from 2003 to 2007. He began his coaching career in 1995 with club Gremio Recreativo Barueri before moving to Esporte Clube Pinheiros.

“It would be wonderful to take this team to the 2016 Olympics in my own country and I will do my best to achieve that goal,” Kwiek said.