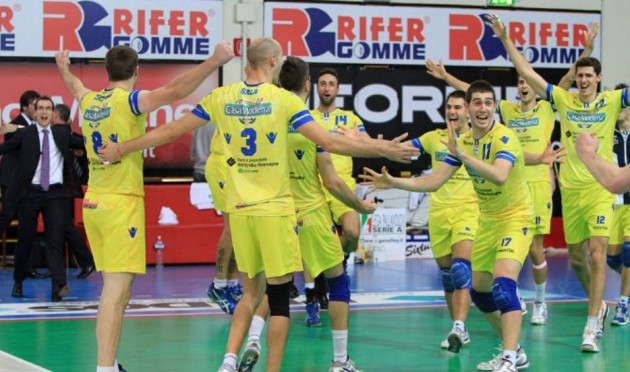 Modena grits its teeth and didn’t play bad volleyball even when it loses, while Piacenza went from playing well to not being able to play. Modena pushed the accelerator in the third set, Copra Elior lost its way. In the tie-break (15-6), they lost without a fight.

Sam Deroo was the MVP. The young Belgian hitter is the face of Modena‘s comeback. Next to him, there was the solid Celitans and Andrea Sala with 13 points and 79 percent in the attack.

Piacenza‘s attack was great in the beggining, but closed gradually declining to 29 percent. Copra Elior had 22 errors and only 4 aces.

ITA W: Havelkova back with Busto!