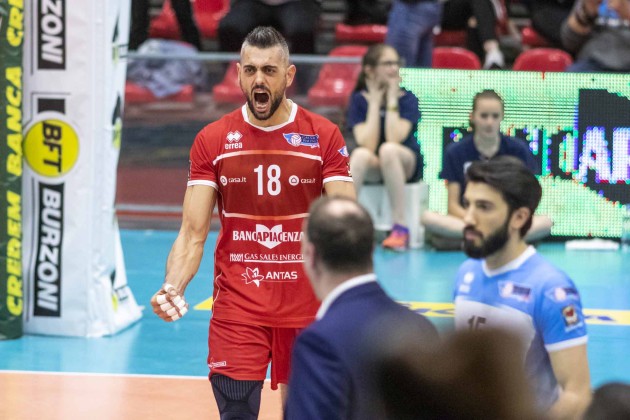 Shanghai, who won the 2018/19 Chinese Championship, reinforced their roster for the next season with an Italian opposite hitter and Slovenian outside hitter, volleyball.it revealed. Both players competed in Italy last season but in a different level of competition.

A former Italy national team opposite hitter Giulio Sabbi will, actually, return to Shanghai for the second time. On both previous occasions (2015/16 and 2018/19), he claimed the national title in China. And last season, after lifting the trophy, he moved to Gas Sales Piacenza, helping the team to win promotion to the top division in Italy.

Tine Urnaut is the other foreigner to come to Shanghai for the 2019/20. A few days ago, the Slovenian player parted ways with Azimut Leo Shoes Modena and now took advantage of technical and tactical cooperation that his former club established with Shanghai. Urnaut will replace his compatriot Klemen Čebulj, who moved to Itas Trentino, in the club.