Landmark year ahead for volleyball

As we welcome in another exciting year for the FIVB and volleyball, it is a great opportunity to look ahead to what promises to be a landmark year for the sport. This and other volleyball news read on Worldofvolley.com. 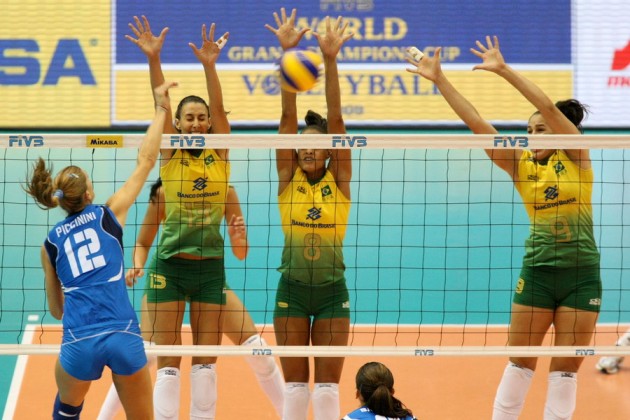 New tournaments, World Championship qualifiers and new formats and teams for the World League and World Grand Prix are set to revolutionise volleyball for 2013 and beyond.

FIVB President Dr. Ary S. Graça F° already said in his end of year message that “the year 2013 promises to be an exciting one for the big volleyball and beach volleyball family” and there’s no doubt that he is talking about improvement both off and on the court.

One of the key highlights on the volleyball court for 2013 will be the qualification process for the 2014 World Championships (Men‘s Final Round due to be held in Poland, Women‘s Final Round in Italy) taking place across all five continents. Although, NORCECA has already started preliminary qualifiers in 2012, the race for the 23 vacancies to see who will join the host countries will heat up this year before the final phase in 2014.

Of course there are the traditional annual competitions such as the World League and the World Grand Prix but with a record number of teams and a new format for the World League, they are expected to entertain like never before.

Like beach volleyball, volleyball will welcome a new Under 23 tournament alongside the four other age group tournaments (girls’ under 18, boys’ under 19, women under 20 and men under 21) while the Club World Championships has undergone a makeover in terms of timing with a move from October to May.

The year will round out with the FIVB World Grand Champions Cup, which will take place in November in Japan with the continental champions all in action looking to see who will replace Brazil and Italy as the champions for men and women respectively.

It all adds up to an action-packed year building up to the World Championships in 2014 with innovation and participation the name of the game.

POL M: It is time to make summaries and plebiscites

FRA M: Resume of the first round...