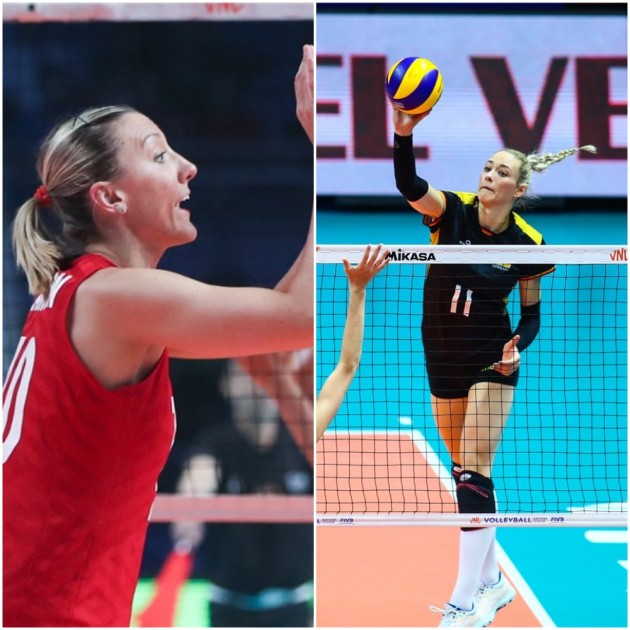 The rumors came true – an American superstar Jordan Larson will continue her professional career in Shanghai! Thus, a 32-year-old outside hitter will set off a new adventure after spending the last 5 years with the Turkish powerhouse Eczacıbaşı VitrA, who decided to reconstruct the squad for the 2019/20 and ended the collaboration with her. Larson is the 2014 FIVB World Championship, 3-time FIVB World Grand Prix and a 2-time FIVB Nations League winner with the U.S. national team. On a club level, she was a 2-time CEV Champions League and 3-time FIVB Club World Championship winner, being named MVP of both tournaments one-time each.

Germany national team opposite hitter Louisa Lippman will join Larson in Shanghai. A 24-year-old player, who was named German Championship MVP twice and 2017 German Volleyball Player of the Year, is coming from Il Bisonte Firenze, Italy.

These are great for all the ladies who transferred, it is untruthful that Turkey let Jordan go, she made that decision! As the other USA women, one Brazil, one German player received great contracts and China’s leave is starting 4-5 months early to rest their players for Olympics. Thus these transfers will all be able to Rest a few months prior to Olympics.

Re: @Joey C. I heard she was making 1.1M+ euros playing for ECZ. I doubt she will be making that in China even though China might be paying better than Italy. Either case, China league is loaded with foreign talent and with Zhu Ting being back there playing, it will be a must watch.