Buglaria won in straight sets against Israel in Nitra. This was their first win in the qualification for the 2013 CEV Youth Volleyball European Championship - boys. Ivan Halachev and Jacob Herchko gave their statements. Krasimir Georgiev and Iliya Goldrin were the top scorers. 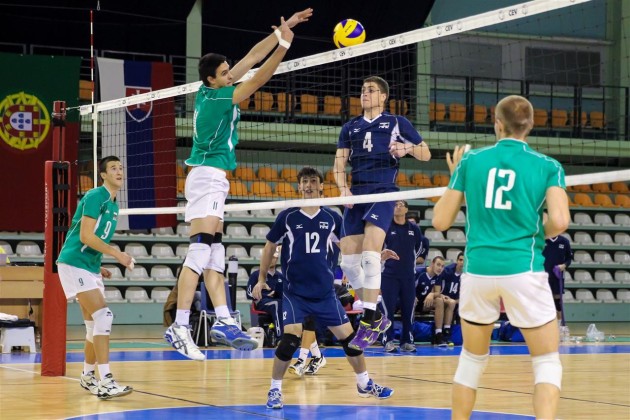 In the last match of the day Bulgaria easily disposed of Israel in straight sets too (25-13, 26-24, and 25-21) even though the second set turned into a hard-fought battle before Todor Kostov wrapped it up with a block.

“The first match of a tournament like this is always particularly difficult. After we played superbly in the first set, my players relaxed as they thought it was going to be an easy task. I am coaching a club competing in Bulgaria’s first division and it is definitely very different to work with players at this age. Anyway I am happy that we finished it off in straight sets” said Bulgaria’s mentor Ivan Halachev.

“Our players are very young and inexperienced and it looks like we did not have enough power to finish it off when it counted the most. We made many mistakes that we shall avoid but I hope we’ll improve match after match, being not afraid of playing against good teams as most of those that were assigned to this Pool” pointed out Israel’s mentor Jacob Herchko.

Krasimir Georgiev paced Bulgaria in the game with 12 points while Iliya Goldrin registered 15 for the losing side.