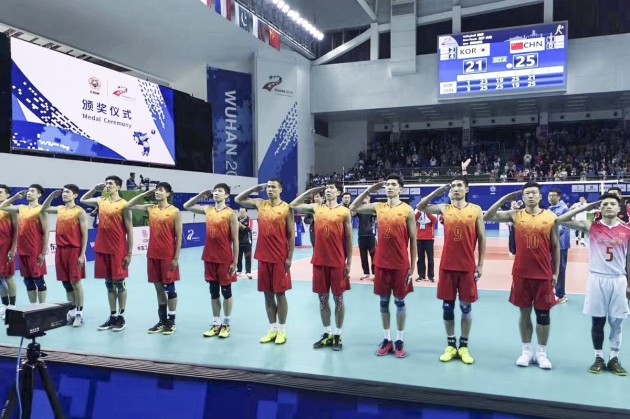 China National Team won the second-ever gold medal in the men’s volleyball tournament at the Military World Games. The hosts went to the semifinals as the Pool A leaders (3-1), even managing to down Brazil in the preliminaries. In the semis, China swept Pakistan by a 3-0 before facing South Korea for the gold medal. The team coached by Fang Chen was led by Beijing opposite hitter Jiang Chuan, who poured in 30 points in a 3-1 (25-23, 25-19, 19-25, 25-21) win. Heo Su-Bong, who won the South Korean Championship with Cheonan Hyundai Capital Skywalkers last season (currently competes in low-ranked Sangmu Shinhyup), scored 30 points for South Korea.

As for women, Brazil won the tournament for the third straight time, despite entering the semifinals as the second-placed in their pool (2-1). In the finals, the team commanded by Rafael Melo beat the home side, to which they lost in the preliminary round, by a 3-1 (25-23, 23-25, 25-23, 25-19). Osasco/Audax newcomer Ellen Braga top-scored for Brazil in the gold medal match with 20 points. Wang Yunlu tallied 23 for China, whose roster was composed of players from the team of Bayi (all players who are members of this club are also enlisted as the Chinese Army members).