The Russian male volleyball superstar Dmitriy Muserskiy will stay in Japan for one more season. 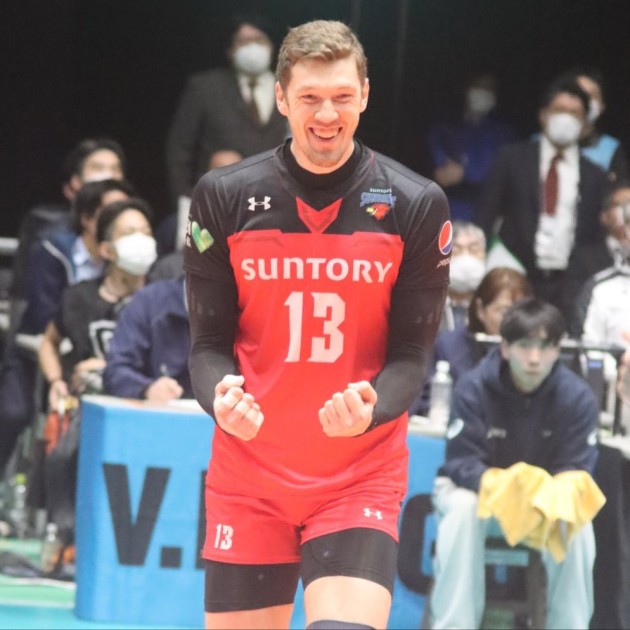 The 2012 London Olympics winner Muserskiy will remain in the Japanese club Suntory Sunbirds for one more season, his agent told RIA Novosti.

The MVP of the 2013 CEV EuroVolley, which he won with the Russia National Team, signed a two-year contract with the V.League side in 2018. Suntory is only the second club of a 31-year-old middle blocker/opposite hitter in his professional career, the first abroad. Muserskiy established himself a legend of Belogorie for which he competed from 2005 to 2018 and won, among other trophies, the FIVB Club World Championship, CEV Champions League, and Russian Championship once each.

ITA M: The opposite of the Portuguese...