The vice-champions Beijing remained in the contention for the playoff semifinals of the 2019/20 Chinese men’s volleyball Championship. 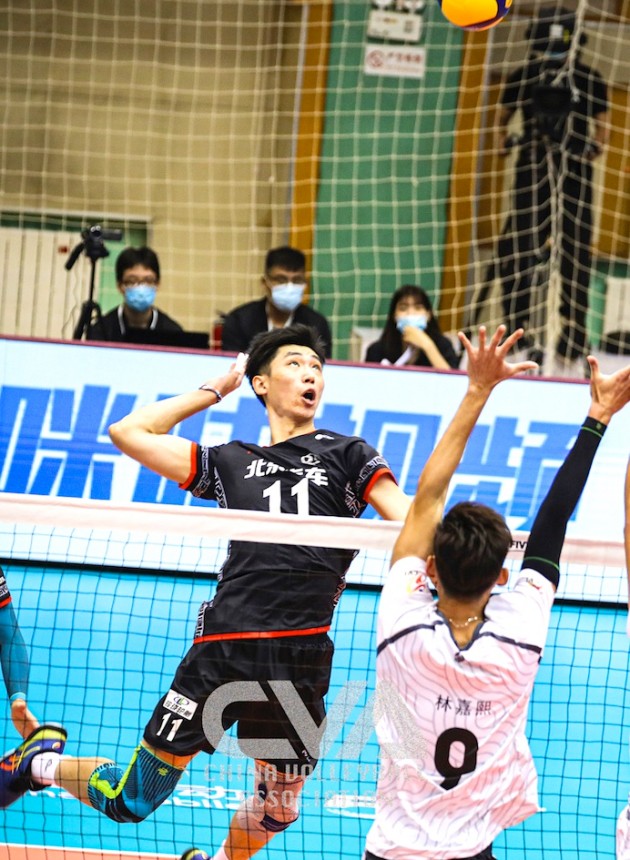 In Round 3 of the quarterfinal stage (Round 6 in total) of the 2019/20 Super League, which was the penultimate round, Beijing practically had a do-or-die encounter against unbeaten Shandong in Pool F. A loss today would mark the elimination of the vice-champions. However, the club from the Chinese capital smashed rivals by a 3-1 (21-25, 25-19, 25-22, 25-19). The country’s volleyball star Jiang Chuan overshadowed everyone on the court, pouring in 27 points for the winning side.

Given that Zhejiang swept Fujian, three teams will have equal chances to advance to the semis from this pool in the last round: Zhejiang (10 points), Shandong (8 points), and Beijing (6 points). The first two teams have a record of three wins and one loss, while Beijing is at 2-2.

As for Pool E, one team secured the semifinal spot – the reigning champions Shanghai. They did it in the last round so today, their head coach Shen Qiong decided to send his “B“ lineup to the match against Sichuan, which led to the first defeat of his team in the competition: 3-0 (25-21, 25-14, 25-20).

At the same time, thanks to this victory, Sichuan got the opportunity to create their fate by themselves in the last round. For the spot in the playoff semifinals, they will have to defeat Henan and hope that Jiangsu will lose to Shanghai.