Crvena Zvezda BEOGRAD claimed this past weekend Serbia’s national cup after edging Vizura Vol Art with the score of 3:1 with some 1,100 supporters in attendance. You can read all relevant news from volleyball world on Worldofvolley.com. 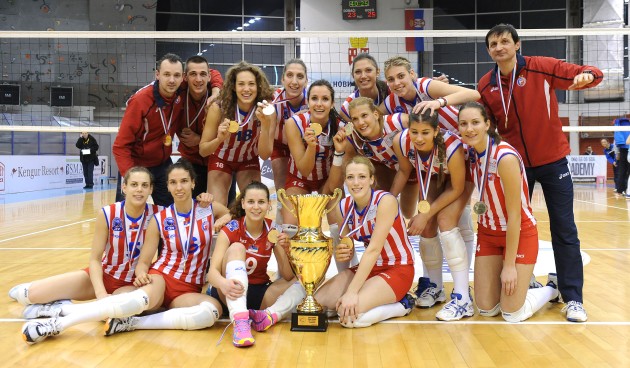 The trophy for the winning team was presented to Crvena Zvezda team captain Ana Bjelica by VFS President and CEV Senior Vice President Aleksandar Boricic, while Bjanka Busa – the team captain of Vizura Vol Art – was awarded the commemorative plate for the losing side by Jelena Reljin, team manager of Serbia women’s national team.