The CEV Executive Committee chaired by CEV President André Meyer completed on Saturday its second working session of the year by following up on various items regarding the many competitions that will highlight the coming months. Read more volleyball news on worldofvolley.com. 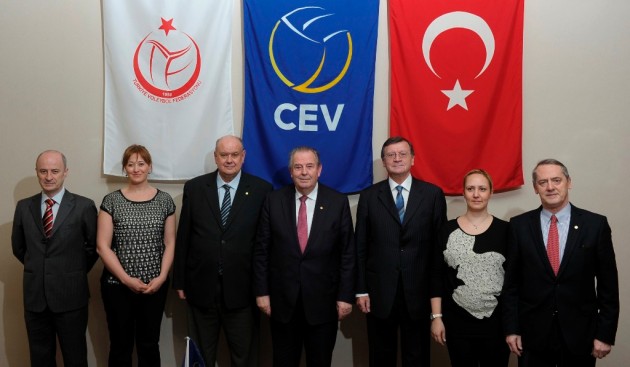 The Executive Committee did also discuss the proposals worked out by the Commissions that had got together this past February in Luxembourg City (Refereeing, Medical and Coaches) before they are eventually submitted for approval to the CEV Board of Administration this coming June.

CEV President André Meyer shared with his colleagues the outcome of the working group whereby clubs and CEV officials recently discussed amendments and improvements to be possibly adopted to ensure a bright future to the CEV Volleyball Champions League, i.e. Europe’s most elitist club competition. A series of proposals stemming from this first get-together will be first analyzed by experts before being additionally debated in a second working group.

The Executive Committee did also go through the main points of the CEV Development Plan and the contents of a Management Seminar addressed to all National Federations that is set to run in conjunction with the official opening of the new CEV premises as well as with the celebrations for the CEV 40th anniversary.

Alongside other internal affairs, the members of the CEV Executive Committee studied the EBVC proposal for the next edition of the Beach Volleyball Continental Cup leading up to Rio 2016 and the introduction of the U22 European Championship, a recent addition to the CEV portfolio whose inaugural edition is scheduled for 2014.

Read more volleyball news from all around the world here.

CEV CL F: Carlo Parisi – “It was an excellent experience for my team”