Chile beat Costa Rica in straight sets 3:0 to secure third place in Pool B of the U-20 Women’s Pan American Cup, which groups the candidates to the only ticket still available for the World Championship at Czech Republic, in June. Chileans Catalina Melo (16) and Lucia Lozano (15) were the leading scorers of the match. Costa Rican Tannia Pamerla Carazo had 9. Hugo Jauregui, Eladio Vargas, Josefa Schuler and Daniela Vargas commented the game 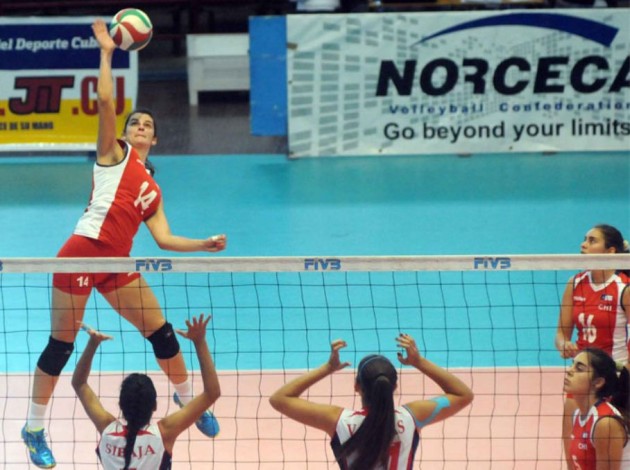 The South Americans had few problems to beat the Central Americans, who by his own coach Eladio Vargas arrived at the tournament with only six weeks of preparation and could not taste the flavor of victory in one set.

Chileans Catalina Melo (16) and Lucia Lozano (15) were the leading scorers of the match and the only to reach double figures. Costa Rican Tannia Pamerla Carazo had 9.

Hugo Jauregui, technical director of the South Americans, said they were well prepared to punish their opponents with the serves and they succeeded. “We would have liked to enjoy a better tournament, but we will battle for fifth place.“

Vargas, meanwhile, acknowledged the many troubles his players faced to perform the complex one (receipt, pass and attack). “The Chileans caused us a lot of damages with their floating serves, plus they are very good tactically.“

Josefa Schuler, the winning captain, said she was very happy with the win, but at times they did not make the game they wanted.

Her opponent Daniela Vargas referred to the lack of preparation, “but we will continue to work to improve their difficulties and congratulations to the Chileans because they are good players and with exposure.“

WL: Tuomas Sammelvuo – “We are trying...