This past week ACH Volley LJUBLJANA clinched its ninth consecutive title in the Slovenian national championship by winning the fourth match against Calcit Volleyball in Kamnik. This is already the tenth title for the now Ljubljana-based team. This and other volleyball news read on Worldofvolley.com. 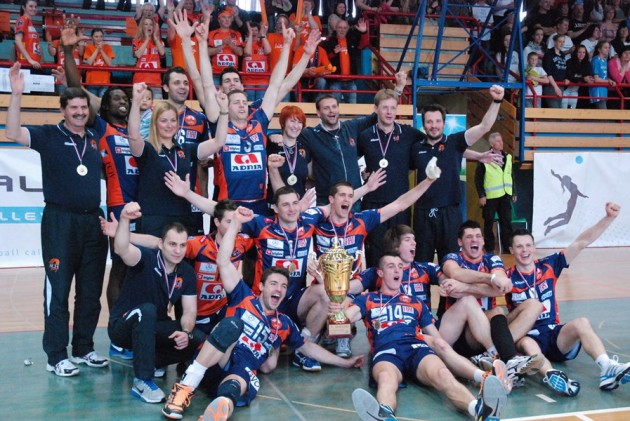 Head coach Luka Slabe was satisfied with his team’s overall performance this year. “We won the Slovenian cup, the Middle European League and now the Slovenian championship. Calcit Volleyball put up a good fight, but in the end we were stronger and made fewer mistakes. We also made it among the top 12 in the CEV Volleyball Champions League. This was a good season for me and the team”.

But Slabe and some of the players of ACH Volley won’t have much time to rest after the long season as it is time to join the national team and play in the qualifications for the World and European Championships.

If you want more detailed information click on Statistics.