Suriname defeated Bermuda 3-0 finishing with a 1-2 win-loss record in the preliminary round of the NORCECA Second Round Group M Tournament, a qualification event towards the 2014 FIVB Women’s Volleyball World Championship. Read more volleyball news on worldofvolley.com. 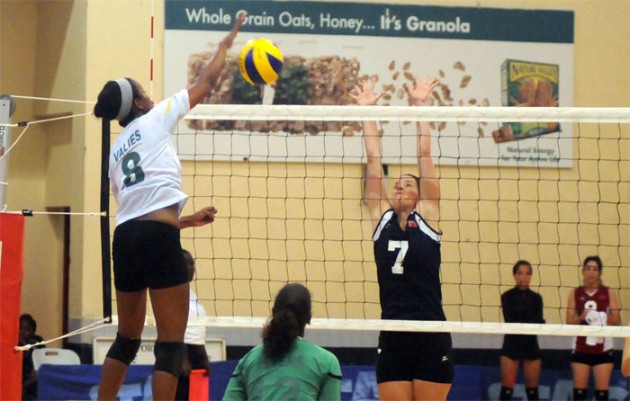 Both teams are out of chances to make it to the third round of tournaments to be held next year because of their low rankings. Suriname is currently as No. 27 and Bermuda is No. 32 in the NORCECA Rankings.

Only the best ranked third place of the six tournaments scheduled this year will be granted a ticket to the final phase of the elimination process, which consists of five tournaments and one playoff between the second placed teams of those competitions.

The taller and more athletic team of Suriname dominated all the three sets despite the effort and enthusiasm of the Bermudian side. Both teams will play each other again this evening in the contest for third place.

“My team is inexperienced and needs to learn how to play under pressure,” Suriname Coach Eric Aikman said after the match. “It is a learning process and the inexperience cost us the first two matches.”