Suriname defeated Bermuda 25-15, 25-9, 25-12 to conclude in third place at the NORCECA Second Round Group M Tournament, a qualifying event towards the 2014 FIVB Women’s Volleyball World Championship in Italy. 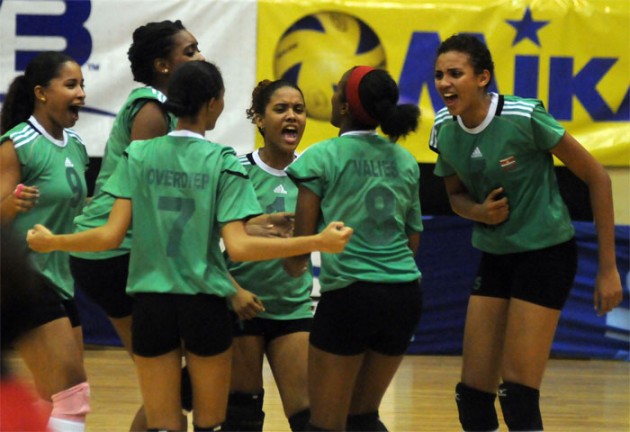 It was the second victory of Suriname over the winless Bermuda team that finished in fourth place. Sandrina Huncel and Hayde Valies contributed 18 and 12 points to the victory, with Huncel uncorking big shots along the way.

“We have learned a lot during the tournament and we now are in a position to prepare a much better team for the Caribbean Cup next year,” Suriname’s coach Eric Aikman said.

“The tournament had a high competition level and the organization was good,” Aikman added. “I thank Jamaica Volleyball Association for hosting us and they really did a good job.”