USA Volleyball announced today that the Omaha Sports Commission has been selected to host the 2013 Visit Omaha NORCECA Women’s Continental Championship held Sept. 16-21. The Omaha Convention and Visitor’s Bureau will serve as the title sponsor and Pharmaceutical Technologies Inc. (PTI) will be presenting sponsor for the event, which will be held at the Ralston Arena. 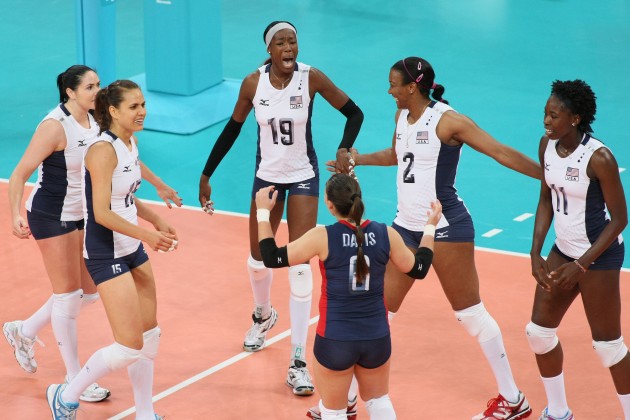 “We are extremely excited about the opportunity to compete in Omaha for the NORCECA Zone Championship,” U.S. Women’s National Volleyball Team Head Coach Karch Kiraly said. “I got to witness one of the most electric nights of volleyball ever in Omaha during the NCAA Division I Women’s Volleyball Championship of 2008, and we look forward to this chance to play on American soil in front of many of the same passionate, knowledgeable fans. Go USA!”

“We are very excited that Omaha has agreed to host the NORCECA Championship,” said Tom Pingel, USA Volleyball senior director of indoor events and High Performance. “Eastern Nebraska and western Iowa have a rich tradition of supporting volleyball events in the past and I’m sure that it won’t be any different for this inaugural international volleyball tournament. We hope this will be the first of many international tournaments in the Omaha area.”

“Nebraska has one of the most passionate volleyball fan bases in the country, and we are thrilled to bring international competition to the Omaha area,” said Harold Cliff, president of the Omaha Sports Commission. “The Visit Omaha NORCECA championship will feature some of the greatest volleyball teams in the world and we expect exciting action to take place every day.”

“Bringing the U.S. Olympic medal winning team to Omaha, especially UNL alum Jordan Larson, is a tremendous achievement for the Omaha Sports Commission,” said Lisa Roskens, chair of the Omaha Sports Commission Board. “We are proud to be the host city for this major international event and the Visit Omaha NORCECA Championship will once again reinforce Omaha’s reputation as a great sports town.”

“The Visit Omaha NORCECA Championship is a great way to showcase Omaha and build upon the city’s growing reputation as a destination that knows how to host successful events,” said Dana Markel, executive director of the Omaha Convention and Visitors Bureau.

The U.S. Women’s National Volleyball Team has a handful of players from the Omaha area. During the 2011 NORCECA Women’s Continental Championship, University of Nebraska alumni Jordan Larson (Hooper, Neb.) and Nancy Metcalf (Hull, Iowa) helped the U.S. secure the gold. Larson went on to compete in the 2012 Olympic Games. Metcalf is a 2004 U.S. Olympian. Both Larson and Metcalf are from towns near Omaha – Larson from Hooper, Neb., and Metcalf from Hull, Iowa. Further, University of Nebraska product Kayla Banwarth (Dubuque, Iowa) helped the U.S. secure gold at the 2012 Pan American Cup and bronze at the 2011 Pan American Games.

From 2005 to 2008, the U.S. Women played only seven contests against foreign teams in front of a home crowd. The only other women’s senior-level international tournament hosted in the United States was the 1998 FIVB World Championship Qualification Tournament for NORCECA.

Omaha has a long history of supporting both amateur and professional sporting championship events. In addition to serving as host city for the NCAA Division I Women’s Volleyball Championships in 2006 and 2008, the NCAA Divison I Men’s College World Series is annually held in Omaha. The U.S. Olympic Team Trials for Swimming returned to Omaha in 2012 after hosting the event in 2008. The Prudential 2013 U.S. Figure Skating Championships was held in Omaha in January.

Cliff said the Ralston Arena, which opened in October, 2012 and seats approximately 4,000 is a perfect venue for the NORCECA Championship, ensuring every fan is close to the action on the court.