Croatia prolonged on Saturday their winning streak in prelim Pool C of the 2013 CEV Volleyball European League – Men as they edged Turkey 3:1. Belarus defeated Israel in the other match of the day. 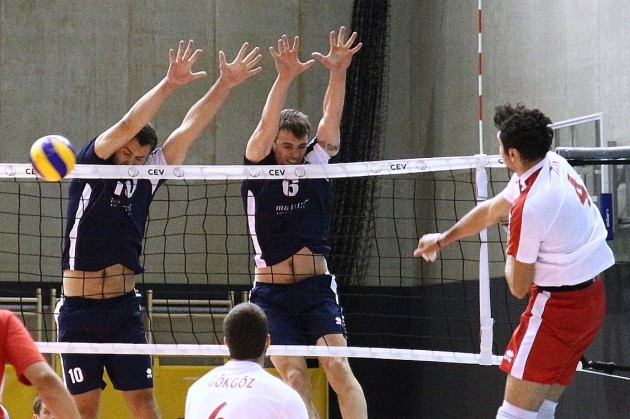 After having problems in defense in the early phases of the game, Croatia stepped up halfway through moving to the front (13:12) and widening the gap (19:15) before closing the set after 20 minutes (21-15). Turkey got back on track in set 2 powered by Mustafa Koc and Metin Toy going up 17:12 before good serves by Matija Sabljak evened the score at 20 all. However, two mistakes by the hosts paved the way with gold for Turkey that went for the provisional 1:1 (20-22). In the third set Croatia displayed good defense and blocking pressuring their opponent right from the start and making it 2:1 (21-17). That trend continued in the fourth set with Sablijak and Ivan Raic who set the tone for the final 3:1. Metin Toy was the best scorer in the game with 15 points while Darko Nojic registered 14 for Croatia in their winning effort.

“I did expect this victory because I knew that Turkey had not traveled to Rovinj with their best line-up” Raic says. “However, it was not easy for us to score this victory. We played aggressive and we forced our opponents to make mistakes in defense and reception. I feel comfortable with this scoring system but I am against the short time we get between rallies as players need more time to prepare to serve” he concludes.

In the other match of the day Belarus claimed their first win in the competition by seeing off Israel in straight sets (21-18, 21-18, and 21-17). Pavel Audochanka top scored for the winning side with 18 points well supported by Andrei Radziuk with 10 while Guy Ben Gal paced Israel with 12 in their losing effort.