The Czech Republic confirmed its role of Pool B leaders in 2013 CEV Volleyball European League after signing its sixth consecutive victory in the tournament. 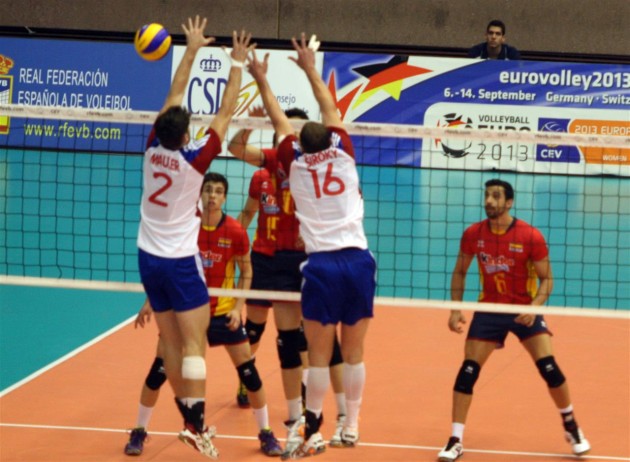 The game can be decribed as spectacular and it delighted all volleyball fans in Palau Desports Olimpics sports hall in Vall D’Hebrón.

The Czechs presented one more demonstration of power with a contested victory against Spain. However, it was not an easy triumph for Stewart Bernard’s men.

The Spanish team, spurred by the support of the Catalan audience, put up an intense fight against the leaders of the Pool, since after two sets clearly controlled by the Czech squad, the local side starred in a sensational comeback.

For the third time this weekend, the Spanish squad was forced to go to the fifth set to solve the game; this time around, the efficiency of Czech’s blocking system proved to be crucial, and the visiting team tilted the match to its side with two spectacular blocks.

Tomas Hysky scored 17 for the Czechs, while Noda Blanco had one piont less in the Spaniards.

To read more about this competition click on European League 2013 M.