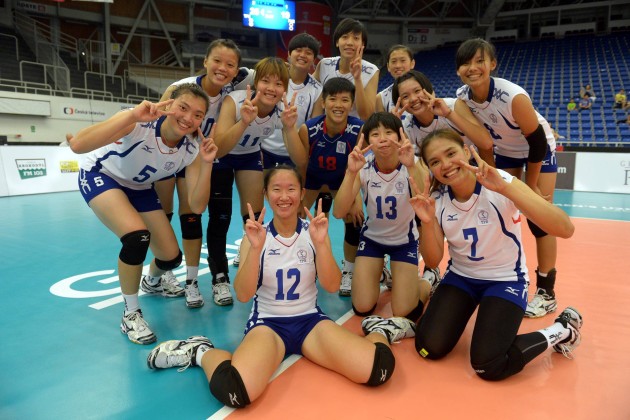 The first set was a blueprint for the whole match, since the Asians won it thanks to a long chase after Puerto Rico. Then they dominated the second set. In the third, they almost signed a masterpiece by recovering a huge gap: down 9-19, they climbed the score till 23-21, eventually losing 27-29.

Puerto Rico seemed to enjoy more themselves, starting again to cheer each other as they use to do, but as soon as the fourth set started, Chinese Taipei took immediately the control of the match. Puerto Rico captain Pilar Marie Victoria led the team with 21 points, while Chinese Taipei play was much more balanced, with four players scoring in double figures.

Puerto Rico captain Pilar Marie Victoria: Our reception is better, but unfortunately we could not control it to win the sets. We are very sorry, but we won’t stop fighting.

Puerto Rico coach Carlos J. Cruz: We are obviously very disappointed and in my opinion some referees’ decision were not correct. Anyway, we must go on.

Chinese Taipei captain Wu Wei-Hua: Our opponents played well, but our greatest weapons are teamwork and fighting spirit. We won again, so we are very happy.

Chinese Taipei coach Lo Chung-Jen: I am proud of my team. At the World Championship each team is good but in next matches against Dominican Republic and the Czech Republic we can also have chances to win.