WL M: Canada in the hunt for top spot

Canada is in second place just one point behind the Netherlands in Group C in men’s World League volleyball going into this weekend’s play. Read more about latest volleyball news, games reports, and statistics on WorldofVolley. 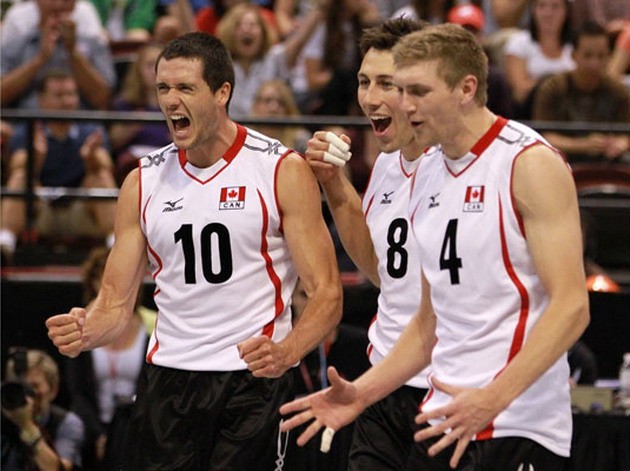 In the group, Portugal and the Netherlands split their past weekend matches while the other four teams were idle.

Netherlands stands first with four wins and two losses for 13 points. Canada is also 4-2 with 12 points. The one point difference is because Netherlands lost one of its matches in five sets which is worth a point. Finland is third with nine points followed by Portugal and South Korea with seven and Japan with six.

Only the top team in Group C, which is the wild card group, advances to the World League final next month in Mar del Plata, Argentina.

Canada rounds out its preliminary schedule overseas on June 28-29 (Friday, Saturday) in Finland and July 6-7 in Japan. The Canadians played their first six matches at home splitting series with the Netherlands May 31 and June 1 in Quebec City and Portugal June 7-8 in Mississauga before sweeping the South Koreans June 14-15, again at the Hershey Centre.

Canada’s top players so far include Adam Simac who ranks third in league blocking with an average of 0.95 per set, Dan Lewis is 10th in digs, Fred Winters is 12th in receiving and Dustin Schneider ranks 13th in passing. Gord Perrin is Canada’s top scorer with 73 points.

In the other two Groups, the top-three as well as host Argentina advance to the final. Brazil and Bulgaria are tied for first in Group A with 11 points, with the U.S., third at eight while France has six, and Argentina and defending champion Poland only three. The Poles are 0-4 with three losses in five sets.

In Group B, Italy is first with 15 points, the Russians follow at 13 Serbia has 10, Germany seven, Iran three and Cuba is stunningly 0-6 with no points.