The United States of America swept Puerto Rico in their last game at 2013 FIVB Women’s U20 World Champs in Brno to claim the 17th place of the tournament. USA finish on a high note after a perfect 3-0 run in the classification round 17-20. Jordan Burgess, Alexandra Malloy, Amber Rolfzen and Kanisha Jimenez were the top scorers. 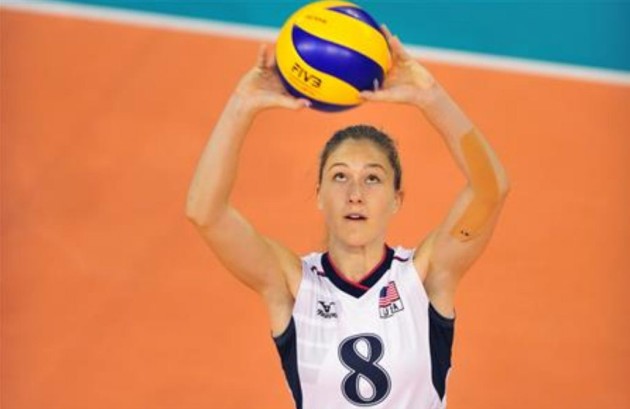 Carlos Cruz’s charges were no match for the powerful USA, as the team ranked fifth in the world seized the initiative from the start and never looked like relinquishing it. The North Americans made full use of their strength at the net and were fired by captain Jordan Burgess – a driving force with 10 points, including 8 on attack – and the duo Alexandra Malloy/Amber Rolfzen (10 points as well).

Kanisha Jimenez led the Puerto Rican resistance with 15 points, yet her side suffered the same fate as in Saturday’s 0-3 reverse against Thailand.

USA coach Rodney Wilde: “I think we played steady; we did a good job controlling the balls, especially the hitters. In the beginning of the tournament, we were in a very tough pool so we struggled a little bit but we got better while playing more what was good for our team.“

USA captain Jordan Burgess:  “It was a great match for us. We had strong contribution from many players. During the tournament, we did not always play as we should, but we ended on a good note and experienced a good time here.“

Puerto Rico coach Carlos J. Cruz: “It was a good match but we lost again and finished the tournament with a single victory. Our problem was that we committed many mistakes during our matches. Nevertheless, it was a good practice for us here in Brno.“

Puerto Rico captain Pilar Marie Victoria: “First of all congratulations to the USA, it was a great team with a lot of intensity. We did not achieve victory but it was a good tournament anyway.“