WL M: Matthew Anderson – “I believe we will play in the Final Six”

On Tuesday, the U.S. national team flew to Brazil in the last two matches of the group stage of the World League. To go to the final six USA need two conditions. Two victories over the Olympic silver medal is not enough. In Varna, Bulgarian and Polish teams have to share the points. Read latest volleyball news on Worldofvolley.com. 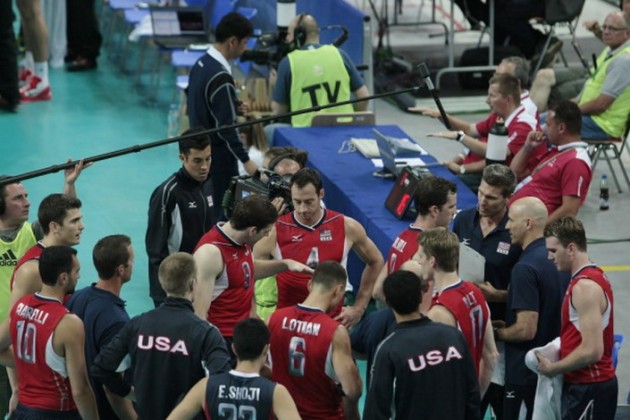 How would you summarize the two meetings with the Polish national team?

Matthew Anderson: “Both matches were very difficult. We really wanted to win both meetings. Polish national team is a very good team, but we did not use 100% of our potential. At the end of the second game we showed that we can play good volleyball. Well-functioning service, block-defense. We played more aggressively and we had our chances to beat a really good team.”

Which game was more difficult?

“I think it was a meeting in Wroclaw. In Spodek Hall both teams played the game in general a good level. On Sunday we had an idea for a game: we wanted put the great pressure on the opponent. That we have succeeded only in the first half of the match. In the second game, which we won, we had our moment.”

What do you think about the new format of the World League?

“Competition is more demanding. The fact in which you are a group, decide FIVB rankings. We have to deal with strong teams such as Brazil and Poland. I believe that we still have a chance to advance to the Final Six in Argentina. Despite the changes in the composition, the young age of many players and limited experience we are still a good strong team.”

Just like your colleagues, you are a young player, but you have the most experience of representation. In addition, this year you are the captain of the team. What for you is that role?

“Acting as captain, I do not feel any difference when compared to last year, when it was not. I share my experience with colleagues, but also learn from them.”

What are the objectives of your team this season?

“Our main goal in this part of the season is to go to the finals in Argentina. I do not know now what are our chances but this is the first item in the list. We still have two tough meeting with the Brazil.”

This weekend, all will be revealed. In group A for the last place fight three teams: USA, Bulgaria and Poland. Which of these teams will fly to Mar del Plata?

“I believe that we will be the lucky team. It is our goal at this time. In addition, we want to be more and better team to qualify for the Olympic Games in Rio de Janeiro. Over the next four years we will work hard to get in there.”

WL M: Jochen Schöps – “We will play in Final Six”

WL M: One change in Bulgarian team for Poland