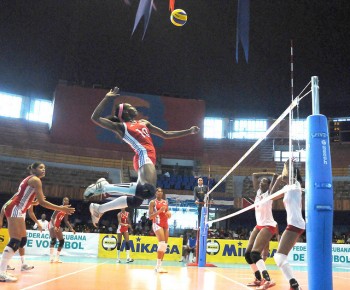 “I can’t believe Ana is no longer with the team. She was one of the top players to lead this young and very inexperienced Cuban squad. Her absence will for sure hurt Cuba’s chances to do well at next week’s Grand Prix.”

Although our soure is not too sure on the exact reasons of Cleger’s absence, source adds…

“I won’t be surprised if Ana and Lilian tried to escape or just quit from the team to start working and planning their future outside Cuba. If they have indeed decided to play overseas, then they have to be inactive for 2 years before they can restart their careers in another country. Europe is their desired destinations.”

In case you didn’t know, former Cuban stars like Kenia Carcases and Nancy Carrillo were inactive for 2 years before they found greener pastures in Europe. The duo have reportedly signed up to play for a Swiss team, Volero Zurich.

“Sadly, expect more Cuban athletes to do the same in the years to come if Cuban Volleyball Federation won’t change its ways.” ends the source.