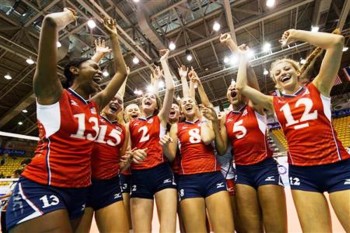 The victory means USA to play Brazil for the second time in the semifinal after they met before in the Pool C stage, while Poland made it to the 5 to 8 standings against Japan.