Mike Tyson or Iron Mike was supposed to be the best boxer who ever lived. He was more ferocious than Muhammad Ali, more menacing than George Foreman, and destined to shatter Rocky Marciano's heavyweight record of 49 wins without a loss. It all changed after a stunning defeat in Tokyo. 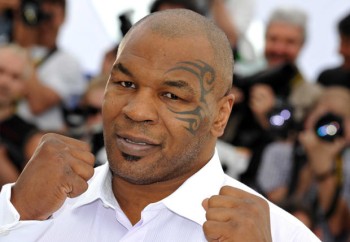 In February 1990, Tyson, with a 37-0 record and not a challenger in sight, was expected to dispose of journeyman James “Buster” Douglas for an easy payday. The fight was supposed to be so lopsided that it wasn’t even worthy to be on pay-per-view and most bookmakers refused to take bets. The ones that did listed Douglas as a 42-1 shot to win the bout.

Tyson was 13-6 after the Douglas fight (9-6 after serving in prison) with mostly victories over tomato cans and awful losses against legitimate foes. He was twice beaten by Evander Holyfield, memorable only because he bit off part of Holyfield’s ear and was disqualified in the rematch. He was KO’d by Lennox Lewis in his last credible fight. Far from breaking Marciano’s record, Tyson ended his career with a pair of ignominious losses against such titans as Danny Williams and Kevin McBride.

On the front page of USA Today on June 3rd, 2005, Tyson was quoted as saying:

“My whole life has been a waste – I’ve been a failure.” He continued: “I just want to escape. I’m really embarrassed with myself and my life. I want to be a missionary. I think I could do that while keeping my dignity without letting people know they chased me out of the country. I want to get this part of my life over as soon as possible. In this country nothing good is going to come of me. People put me so high; I wanted to tear that image down.” Tyson began to spend much of his time tending to his 350 pigeons in Paradise Valley, an upscale enclave near Phoenix, Arizona.

Tyson has stayed in the limelight by promoting various websites and companies.  In the past Tyson had shunned endorsements, accusing other athletes of putting on a false front to obtain them. Tyson has held entertainment boxing shows at a casino in Las Vegas and started a tour of exhibition bouts to pay off his numerous debts.

On December 29th, 2006, Tyson was arrested in Scottsdale, Arizona, on suspicion of DUI and felony drug possession; he nearly crashed into a police SUV shortly after leaving a nightclub. According to a police probable-cause statement, filed in Maricopa County Superior Court, “Tyson admitted to using [drugs] today and stated he is an addict and has a problem.” Tyson pleaded not guilty on January 22nd, 2007 in Maricopa County Superior Court to felony drug possession and paraphernalia possession counts and two misdemeanor counts of driving under the influence of drugs. On February 8th he checked himself into an inpatient treatment program for “various addictions” while awaiting trial on the drug charges.

On September 24, 2007, Mike Tyson pleaded guilty to possession of cocaine and driving under the influence. He was convicted of these charges in November 2007 and sentenced to 24 hours in jail, 360 hours community service and 3 years probation. Prosecutors had requested a year-long jail sentence, but the judge praised Tyson for seeking help with his drug problems. On November 11, 2009, Mike Tyson was arrested after getting into a scuffle at Los Angeles International airport with a photographer. No charges were filed.

Tyson has taken acting roles in movies and television, most famously playing a caricature of himself in the 2009 movie The Hangover. Tyson has continued to appear in the WWE.

For more details on on his acting and WWE appearances, see Mike Tyson in popular culture.

In September 2011, Tyson gave an interview in which he made comments about former Alaska governor Sarah Palin that included crude and violent descriptions of interracial sex. These comments were then reprinted on the Daily Caller website. Journalist Greta van Susteren criticized Tyson and the Daily Caller over the comments, which she described as “smut” and “violence against women”.

After debuting a one-man show in Las Vegas, Tyson teamed up with director Spike Lee and brought the show to Broadway in August 2012. In February 2013, Tyson took his one-man show Mike Tyson: Undisputed Truth on a 36-city, three-month national tour. Tyson talks about his personal and professional life on stage.

Check out our Did you know? section, every friday a new story.

TUR M: Kılıç – “Fenerbahçe jersey is not destined to anyone”

Muhammad Ali – hero and icon of...