Dirk Westphal signed for Cerrad Czarni. The receiver was recently a member of Knack Roeselare. 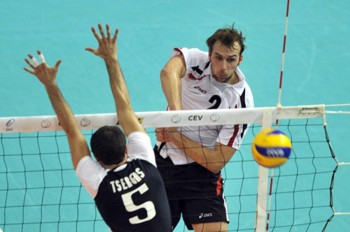 The member of German national team in this season’s World League is the third foreigner recruited by the newcomers in PlusLiga. Previously squad was filled with the Slovak Jozef Piovarči and a Frenchman Marien Moreau.

Dirk Westphal began his volleyball career in the Berliner TSC. In 2005, as a young and promising player came to SCC Berlin.

After that, he had played four years outside the borders of Germany. He spent two seasons in Italy (Prisma Taranto, Feniche Volley Iseri), while he recently performed in Belgium.

“I have heard before about Radom. My friend, Marco Liefke told me that there is an excellent atmosphere for volleyball. In addition, fans in Poland have so much energy that makes every player wanting to play in PlusLiga,” Dirk Westphal said in a special statement to the portal of the Cerrad Czarni.

To read more news from this country, click on Poland.

Check out WoV Community profiles of Westphal and Cerrad Czarni.

POL M: Resovia have spoken on the...